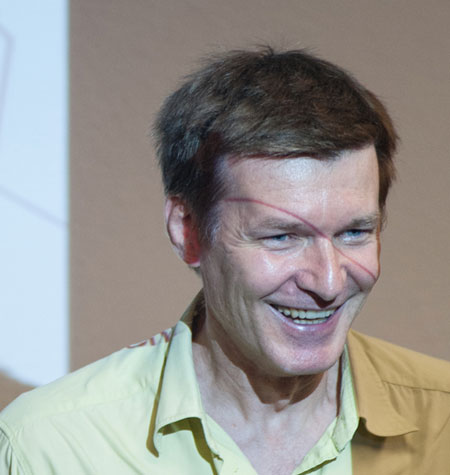 The distorted space-time continuum between feature film and animation

Classic animation uses still pictures that individually do not imply a lapse of time. Realising the differences between the single frames the viewer imagines movement in a system of continuous illusion. Without this unconscious process of imagination the construction of movement, of time and space would not take place.

Various examples (Alice in Wonderland/Disney/Svankmajer, Interstellar/Christopher Nolan, Lucy/Luc Besson, Dumb Hounded/Tex Avery, Pepper Heart/PES etc.) accompany the talk towards a daring thesis: What if the importance of unconscious imagination is also applicable to everyday reality?
An universally expanded understanding of animation provided, spacetime might turn out to be unconsciously constructed in form of a life-spending animation process to transform our existence into a linear system.