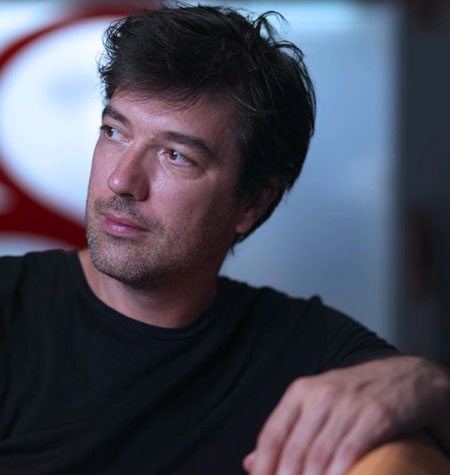 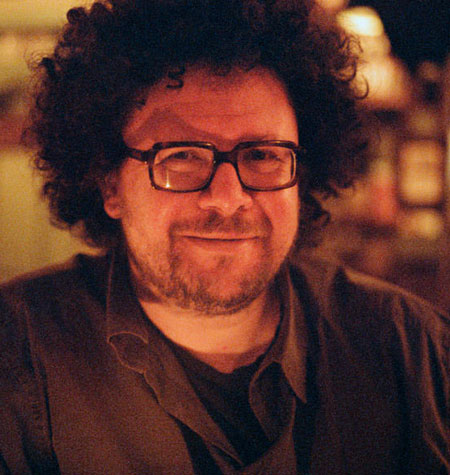 What happens in a cinema when your film it at a resolution of 10K with a 360° camera and then reverse the spatial and temporal axes?

Back in the 1990s, Martin Reinhart invented a film technique called “tx- transform”, which exchanges time (t) and space axis (x) in the film. Normally, each individual film frame represents the entire space, but only a brief moment of time (1/24 second). In the case of tx-transformed films, however, the opposite is true: each film frame shows the entire time, but only a tiny part of the space – in cuts along the horizontal spatial axis, the left part of the image thus becomes the “before”, the right part the “after”.

What is behind the cinema screen? It is not surprising that cinema-in-the-cinema scenes are often used in horror films. For they irritate and unsettle by reminding us – the immobile viewers hidden in the cosy darkness – of our own questionable position. What if the forces of unlimited imagination penetrate through the canvas into our reality? What if the auditorium dissolves and with it the familiar laws of cinema itself?
In a way never before seen, “tx-reverse” shows this collision of reality and cinema and draws its viewers into a vortex in which the familiar order of space and time seems to be suspended.

Martin Reinhart,
film historian, filmmaker and film technician, born 1967 in Vienna, lives and works in Vienna. He studied at the University of Applied Arts in Vienna. Co-founder of the company Indiecam, which was a pioneer of digital film and developed the CinemaDNG standard together with Adobe. His innovative works and films have been presented at numerous international exhibitions and festivals, including the “tx-transform” film technique developed by him.

Virgil Widrich,
screenwriter, film director, multimedia artist and professor for “Art & Science” at the University of Applied Arts Vienna. His works have been awarded with more than 130 international prizes so far. His most recent feature film is “Night of a 1000 Hours” (2016). His first music video “Nena & Dave Stewart: Be my Rebel” was released in 2018. www.widrichfilm.com