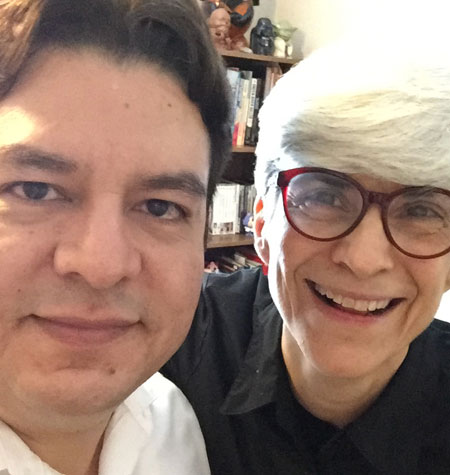 “Stayin’ Alive:”
Expanding the life of live-action characters through animation.

Cantinflas and El Chavo del Ocho, two of the most beloved characters in Mexican popular culture, were the creation of well-known actors: Mario Moreno (1911-1993) performed Cantinflas roughly between 1936-1955, and Roberto Gomez Bolaños (1929-2014) gave life to “El Chavo” from 1972 to 1982. When age and health constrained Moreno and Bolaños from incarnating their signature characters, the actors turned to animation and produced series that prolonged the lifespan of their alter egos: “Cantinflas Show” (1972-1982) and “El Chavo Animado” (2006-2014). This bid for “animated afterlife” positions Cantinflas and El Chavo in the lineage of ancestors of the synthespian (three-dimensional computer-generated character).

Cartoon and virtual animated characters are particular entities. As Joe Adamson wrote, “Bugs Bunny does not exist. But he lives.” These characters appear fully-fledged and remain mostly unchanged, and their ongoing existence depends on the currency of the production system that generates them. The greatest threat animated characters face is obsolescence rather than mortality: they live in the continued present of becoming (Deleuze). Contrarywise, Cantinflas and El Chavo had well-known physical predecessors and were subject to the temporality of the actors. Animation endowed these characters with the medium’s distinctive presentness while expanding their generational appeal and lifespan through “cartoon stardom.”

David McCowan’s Animated Personalities: Cartoon Characters and Stardom in American Theatrical Shorts (2019) has established cartoon stardom as a relevant area of studies at a time when the proliferation of synthespians and the use of motion capture are challenging established conceptions of human identity, acting and performer presence, and naturalizing new (increasingly digitally mediated) modes of life. This paper takes McCowan’s timely analysis outside the preserve of Hollywood’s stardom and explores Moreno/Bolaños recourse to animation to prolong the currency of Cantinflas/ El Chavo in the context of contemporary developments in the field.

Doctors Jorgelina Orfila and Francisco Ortega-Grimaldo are Associate Professors in the School of Art at Texas Tech University. For the last five years they have been invested in exploring animation as an interdisciplinary area of study. They co-teach a course on the intersections between art history and animation in the 20th and 21st centuries and have presented papers on the subject at many international conferences on animation and art history: Scanners Animafest; Society of Animation Studies; College Art Association; Associations of Art Historians; and Modernist Studies Association. Their latest publication on the topic is “From ‘Top Cat’ to ‘Don Gato’: Dubbing in Animation,” in Con A de Animación  (Polytechnic University of Seville).